That was the moment my long bout with Post-Traumatic Sheikh Disorder started.

END_OF_DOCUMENT_TOKEN_TO_BE_REPLACED

On my first day here I spotted another convert. He was pretty easy to spot, since his shorts and t-shirt and stubbly facial hair and white complexion were about similar to my own. Also, his backpack had the name “Joshua” written on it. And based on that alone, I assumed he was a new Muslim, perhaps sponsored to go for Hajj like some new Muslims are. Last night I actually got to talk with him. And for once I, in my khurta, felt like I as the one who became Arabized. He’s a really cool guy. He’s been Muslim almost as long as I—7 years—and is here with his wife and father-in-law. He’s planning on doing Umrah for himself first, then on behalf of his mother-in-law. His sister converted before him, and she lived in Edmonton (and I may actually have met her.) He was actually the mahram (male representative) for her wedding, and even though her parents were against [her] marriage, Josh did something amazing: he interviewed her suitor, spoke with his boss, co-workers, friends and others to get a feel for who he was. Then he took all this information and spread it out in front of his Dad. His Dad looked it over and said, “This is exactly what a father-in-law would want.” So he successfully convinced his Dad of the Islamic marriage process by actually doing the Islamic marriage process. [Josh] came to Islam by studying different religions, studying the Qur’an, and writing down questions. He took his questions to an Islamic conference and [spoke with] Zakir Naik. Josh said he spent months coming up with these questions, and Zakir Naik’s responses were just bullet-quick, in his usual style… [A] few months later, [Josh] accepted [Islam]. Pretty much everything I mentioned above has humbled me.

END_OF_DOCUMENT_TOKEN_TO_BE_REPLACED 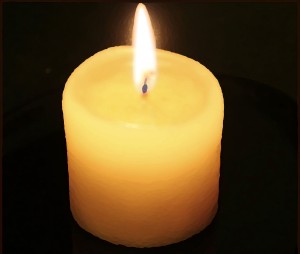 People sometimes ask me, “What was it like when you converted?” and they must be expecting some kind of rapturous event where I saw the light and felt a huge burden lift off my shoulders and my heart set free. But my conversion to Islam wasn’t so much about seeing the light, but rather realizing that the light was always there. I just didn’t realize it.

And let’s be straight: that light was heavy. END_OF_DOCUMENT_TOKEN_TO_BE_REPLACED