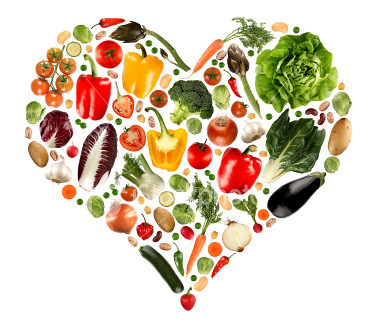 Those words, courtesy of my co-worker, have become my mantra when it comes to cooking.

A few weeks back I wrote about how I love food. Now I’ll tell you how I came to love food.

It’s really no surprise that I love to cook. I grew up watching a cooking show called The Urban Peasant because I found chef James Barber to be so relaxed and yet enthusiastic when he was in the kitchen (and he also kinda looked like John Hammond from Jurassic Park). I would enthusiastically refer to him as “the cooker guy” and would watch him humbly prepare a meal while chatting to the invisible audience as if they were there. In my early teens I went through a long period of being afraid of the dark, and so I would leave the TV on the Food Network—the only channel guaranteed not to have anything creepy or twisted on late at night. I would fall asleep and wake up listening to Michael Smith or Rachel Ray or Emeril Lagasse (Bam!) and sometimes the Iron Chef competition. Somehow my anxieties were soothed by the sounds of food being cooked and prepared.

Dad was always the chef of the house. Most of what I learned to cook, I learned from him. His signature dish, maple-glazed salmon on a cedar plank, is always a treat, and no restaurant has yet to truly top it. His broccoli-cheese rice is a hearty favourite, and don’t even get me started on his Italian soup and biscuits. In winter he makes butter tarts, and the scent of caramelized sugar fills the house with so much warmth it doesn’t matter how cold it is outside. When I started cooking, Dad was my mentor. I would call him to the kitchen to check and see if this was cooked through, or if that was ready to be taken out of the oven, or if there was another way of doing things. He would always drop what he was doing and help me. And with time, practice and a dash of urgency, I found myself in love with cooking good food.

The catalyst for cooking

My desire to cook usually came out of necessity. The first thing I learned how to cook was tortellini. Mom and Dad left me to babysit my brother, and Mom left me the instructions on how to make it. I loved how she cooked it, so I naturally wanted to emulate it. Sure, there were cheaper options (pizza, Kraft dinner, etc.) but the instructions were there, the ingredients were there, so why not? It was the first meal I remember cooking successfully, and one that I would cook frequently. When I was in high school, I cooked it for my girlfriends’ parents. The sauce was too bitter and didn’t turn out right, so her step-father said “Promise me you’ll never cook again”, and I just remained silent and ready to try again.

Many years later, in my early 20s, I came across a pile of overripe bananas at my parent’s house. I hate wasting food, and immediately thought of ways to salvage them. And then I remembered one time—one time—long ago that Dad made banana bread. So I looked up a recipe online and set out baking something I’d never tried before, and by God it worked. It worked very well. Afterwards, banana bread became my signature dish: I would make it for fundraisers at school, as gifts for friends or as my contribution to a potluck. It became the first dish I openly experimented with, adding cranberries, raspberries, apples, nuts, cocoa powder and more. It’s become one of my favourite things to cook because it can be customized so easy. Don’t believe me? Add orange rind with some lemon zest into the batter, then top with some melted white chocolate and add cinnamon to the flour. And that was off the top of my head. What I’m saying is, it’s hard to screw up banana bread.

And, of course, every now and then I’ll have a bunch of random ingredients about to expire, so I’ll toss them all together in a pasta or omelet. Then I’ll enjoy the random concoction with a bottle of ketchup nearby, just in case.

That’s not to say I was always successful either. The more I experimented the more I failed. My attempt at gluten-free peanut butter cookies were more like soggy pancakes. No matter how many times I tried, I came to realize that tortellini, while great when boiled, is not meant to be pan-fried. And let’s just say for the time being, I’ve left cooking Indian food to Indians. The point is not to be afraid to try. And when you fail (which you will, despite what the motivational posters say) you’ll know how not to do things next time.

For the halal of it

Living with dietary restrictions was also what frequently catapulted me into the kitchen. As a Muslim, food is divided into halal (lit. “lawful”) and haram (“unlawful”). The haram category includes things such as pork, alcohol, carrion, blood, and meat not slaughtered in an Islamic manner. The halal category is anything not explicitly forbidden in Islam. So when I was in the grocery store, grabbing some pre-mixed stroganoff for dinner, I was at first dismayed when I saw the ingredients included “beef flavouring”. But then I thought to myself, “screw it, I’ll make my own!” And I did! And it was great!

And when I learned that my favourite brand of chocolate covered raisins had alcohol in the glazed coating, I simply went and learned how to make my own. These dietary restrictions have made me more cognizant of what I eat. Often I’ll look at the ingredients on something as innocuous as a loaf of bread and wonder, “Why do they even need to put that in there?”. Most of the time if an ingredient is more than 3 syllables long, it’s not good for you. And so it’s been this necessity that has brought me into the kitchen, and aided me in crafting not just healthier, but tastier alternatives to the pre-packaged MREs you can find on the grocery store shelf.

As a single guy living on his own, you’d think the best gift you could give me is food—and that is, honestly, a very fair and reasonable assumption to make. But what I learned this Ramadan is that as I was fasting the thing I craved the most wasn’t so much food, but cooking the food. As grateful as I was for the excellent leftovers from the many dinners I attended, I would frequently find myself wanting to just cook something. I would fantasize about what savoury dish was awaiting my frying pans when I came home. To me, cooking became something I looked forward to.

Cooking—basic cooking—is a skill that every guy should know, but only few learn (toast and Kraft dinner don’t count). You don’t have to be a gourmet chef—heck, you don’t even have to be a good chef—but as food becomes more processed and less nutritious, you and your body (and your spouse, inevitably) will thank you if you get a few solid recipes under your belt. And if you’re intimidated by the long list of ingredients, fret not: either you already have them (water, sugar, flour) or they’re cheap. The best recipes have the simplest ingredients, and can be made easily. Tortellini, anyone?

What I learned is that cooking is challenging, but it’s also incredibly rewarding. There’s nothing like that first bite, where you examine the colour and smell of the food on your fork, and brace yourself for the unknown sensation that is about to hit your tongue. And then it does and what you realize is that you’re not just eating food, but a sublime mixture of chemistry and creativity that, just moments ago, were primary ingredients on their own—like the paint on a palette. And then you see that food is not just sustenance, but a thing of beauty. A thing to be grateful for.

That’s it. Feel free to add whatever you want to it. Halfway through, I usually cover the top with tinfoil to prevent the loaf from getting too dark. Take it out, let it cook, then enjoy!