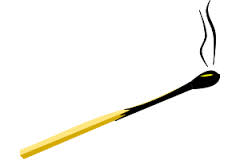 Sometimes I envy slackers. They have a pretty good idea how to keep things chill, and not stress out too much. They don’t worry too much about what work needs to be done, only what’s going on right now.

Then on the other side of the spectrum, you have people who try and fill every waking minute with work, with business, with getting stuff done. Sounds productive? Well, it is until you crash.

And that’s what happened to me. Multiple times. So here’s what I’ve learned about it:

A workaholic is someone who has a perception that you need to fill every minute of their life with something meaningful. But as noble as this sounds, it also completely ignores the fact that we aren’t machines (not yet, though I imagine Google is working on that). People who overwork themselves tap into “the busy trap”, which is a view that being busy “serves as a kind of existential reassurance, a hedge against emptiness.”

When you burnout, though, you feel that emptiness head on. You crave free time. But when you get it, you lament it. “I could be doing [x,y,z] right now, rather than watching The Hunger Games or building LEGO”, you think. And immediately your mind begins to stray back to work. You start remembering deadlines coming up—which, really, are not urgent at all. And then even your free time becomes busy time.

I recently packed as much work as I could in a weekend. In reality, my weekend felt more like an extension of my week. In that week I had three presentations to prepare, several meetings, a newsletter to write, a writing workshop, and more. Everything was planned out in my nice little schedule.

Then one commitment changed. Due to that change, almost all of my other commitments changed with it. To explain it would be too complicated. But in short, people dropped out, got irritated with me, because I was constantly changing times around to fitmy busy schedule. When you try to do too much for too many people, you only end up hurting yourself and your relationship with others.

Rather than spending quality time with someone, you try and spread yourself thinly over several contacts. You start to see time with friends as “meetings”. All of your commitments suffer because you’re so tired or emotional to do a good job. The burnout side of things is that your interactions with others are diluted. You become more emotional (see below) and more irritable, and you begin making excuses.

I’ve had to deal with emotional and mental issues my whole life, including anxiety, depression and panic attacks. So that sets up a great precedent for overworking.

People who are always busy are often high-strung. They’re tense, jumbled bags of anxiety, stress, and caffeine. And so when they burnout, it’s often accompanied by any number of wacky emotional outbreaks. Some cry. Some get depressed. For me, there’s this dull pulse of apathy that runs through me when I’m burned out. I just want to not care. And then, for whatever reason, it can turn to spots of anxiety or depression. Random things trigger random emotions. And, unfortunately, those emotions tend to surface at the wrong moments.

4. You lost a bit of yourself

You may have noticed that I missed last week’s blog post (despite my earlier commitment to write every week). That’s because, well, I was just too busy to write. And when I did write, the quality had suffered.When you see your hobbies as a waste of time, that’s a red flag.

But not only that, the spiritual side of me suffered as well. As a Muslim, I pray 5 times a day and despite my best intentions, I would constantly lose focus in my prayers. It was almost to the point where it became mechanical. I think it’s because when you’re caught in the “busy trap”, the only thing that matters are things that produce tangible and immediate benefits. And when you have this mindset, you start devoting time to things that produce little-to-no spiritual or personal benefit for you. And when that happens, the rest of you suffers.

5. You become psychotic about time

Time management is a good thing, don’t get me wrong. But it’s one thing to say, “this task will take me an hour, and the next one will take me about half an hour”, and it’s something else entirely to say, “I’m not going to go to the bathroom to save the five minutes I could be spending working”. Yes, that’s how bad it can get. In your attempts to become “efficient”, you end up placing time limits on enjoyment, so that each moment you’re having fun is like a clock ticking down.

When you burn out, you have trouble shaking this: even if a doctor held you at gunpoint (scalpel-point?) and told you to take a break for an hour or your heart would explode, you’d probably still be thinking about how much work you could get done in that hour. And what’s worse is that you start to impose your psycho-time-management skills on how others should be doing, which means…

For people like me, there’s an element of comfort in feeling like you’re in control. Your schedule is all laid out. You know exactly where you’re going to be, at what time, and how you’re going to get there. Peachy. I’ve always lived by schedules. And so when I packed my weekend full of work, I thought it was a great idea. There was this illusion of productivity, and this sense that “Everything depends on me to get work done.”

Well, then I burned out and had a reality check: neither were true. I wasn’t productive: I was just checking to-dos off the list. And I realized that, honestly, the world would get along just fine without me and my work. There’s inherently nothing wrong with working hard and being careful about your time: but when you look down on people who don’t work as hard as you, it becomes a major problem.

I’ve experienced burnout many times. And each time it happens, I think, “I need to stop doing this to myself”. And so I try a life-detox: I clean my room, I examine my commitments and cut down on the unnecessary ones, I set aside time for writing and exercising. Things are great. Then, gradually, I just start building myself back up again.

It’s hard because of my outlook on life. I want to do as much as I can. I think people overwork themselves because they want to make their lives as meaningful as they can. If there’s an opportunity open, they often take it, even if it’s outside the realm of their experience. And learning to say “no” (or to simply not say anything at all) is one of the hardest things to learn. Yet when you burn out, your outlook changes: it feels like you’re on a train that doesn’t end, and if you slow down you worry you’re going to get derailed. If you stop you’ll never be able to start again. So instead of keeping a steady pace, you crank up the speed and the whole cycle continues again.

I remember after one bad case of burnout, I was reading the Qur’an and came across a verse that, even after 6 years of reading, I never fully grasped until then:

“And neither allow thy hand to remain shackled to thy neck, nor stretch it forth to the utmost limit [of they capacity], let thou find thyself blamed [by thy dependents], or even destitute.” (17:29)

“Oh my God, that’s me,” I thought to myself. And I realized that in my efforts to stretch my hand beyond its capacity, I was actually harming myself and my relationships. And I keep going back to that verse when I burn out, because it’s almost as if God is telling me to smarten up.

So how do you fix it?

No, seriously, I want to know.

One of my close friends suggested I schedule one hour of “me time”, at least three times a week. And it was great until I stopped doing it. Another friend offered me some sagely advice: think about what God wants from you and what your work portfolio is, then laser-focus your life down to those things. And I know I need to do both of these things. But most importantly, I know I need to stop making the same mistakes over and over again.

And, really, there’s only so many matches you can burn through until you burn down the whole box.

One thought on “Reflections on Burnout”