I remember the first time I heard the word “pandemic”. When I was in high school, my biology teacher told us that we were overdue for a pandemic. He explained that throughout human history, large-scale diseases come and go in cycles. The last one was the Spanish Flu, and that was almost one hundred years ago. Since then, I lived through the SARS and Swine Flu (H1N1) scares, both of which came and went with little impact on my comfortable personal life in Alberta, Canada.

And here we are.

Every day there is new information about the coronavirus, known as COVID-19. Its spread has been incredibly fast. Of course it worries me. From toilet paper shortages, to self-quarantining, to overzealous YouTube preppers spreading doomsday warnings, and airlines shutting down travel, this virus has impacted almost every aspect of my personal life. But in times like this, I find comfort in my faith. END_OF_DOCUMENT_TOKEN_TO_BE_REPLACED

My fascination with the macabre and paranormal began when I was around 5 years old. I was laying in bed, looking out the open door  into the living room, when a shadow in the shape of a hunched over man passed down the hallway and in front of my door. It seemed to pass in front of the opening to the living room, meaning it was not flat against the wall like a normal shadow. It was like a shadow had peeled itself off the wall and was walking around. At the time I didn’t know what to think of it. I could see my parents in the living room and they didn’t seem to notice, so I thought nothing of it.

Years later, in my teens, I was watching a show about ghosts and it said that ghosts can appear as shadowy figures. Right then I remembered back to my incident, even though I hadn’t thought of it for years, and realized I had a brush with the paranormal.

For most of my life, the idea of ghosts and cryptids fascinated me. Of course, sometimes that fascination got the better of me, leaving me afraid of the dark for a while. But what I realize, looking back, is that it never seemed outside the realm of possibility to me. Sometimes it seemed far-fetched (like one story I heard about a hiker in Drumheller who heard sounds coming from the ghosts of dinosaurs), but I never really outright dismissed it. Not everything in the world, after all, has a perfectly rational explanation.

Theories about ghosts and the like are abundant. Many cultures have the notion of “lost spirits”, or restless souls that haven’t found peace in death, or outright evil entities. One theory I found interesting is that ghosts are echoes in the flow of time that somehow are crossing the streams from their time into our current one. Scientifically there’s no way to prove empirically whether or not ghosts are real, and so such things are written off as hallucinations, hoaxes or hysteria.

So imagine my surprise when I learned that Islam has a very practical and rational explanation for the existence of ghosts: 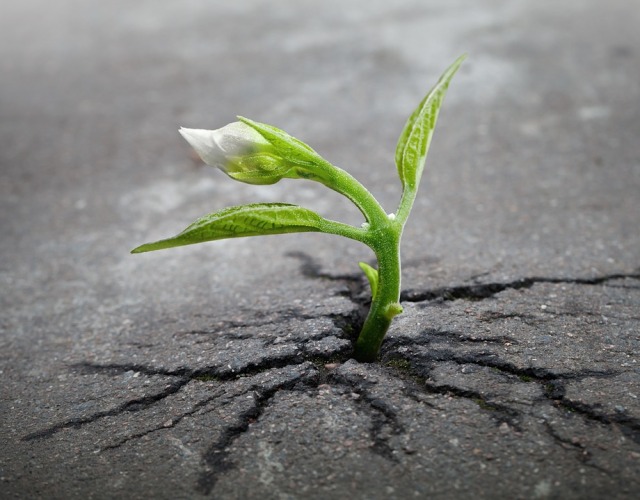 I wish climate change was a hoax. I really do.

But with the vast majority of scientific consensus, the reality is clear: the earth is warming, human activity is a major contributor to is, and we need to do something about it. It’s uncomfortable. It’s scary. But ignoring it is not the solution. With that realization comes a sense of urgency and responsibility.

As a faith community, the 1.8 billion Muslims around the world have the ability to make a real impact. That said, one area that I have not been able to find much on is climate change from an Islamic perspective. What does Islam say about climate change? What solutions does it present? By looking at religious texts, we find that environmentalism as a whole is ingrained in the religion. And not only that, but also how to respond when faced with such a huge, existential threat as climate change. END_OF_DOCUMENT_TOKEN_TO_BE_REPLACED

My friend and writing partner Adeel just got an excerpt of his novel published in Fellowship and Fairydust! Check it out: Friendship of an Assassin and a Monster.

It’s set in a world where superheroes live and work alongside mythological creatures and animal/human hybrids called anthromorphs.

After I became a Muslim, my writing went on hiatus. At that time I had been writing a novel about pirates called Captain Jane Ivy for at least 4 years. However, I had difficulties reconciling my faith with stories of rum-swilling, foul-mouthed scallywags (despite some earnest attempts at revisions that would settle well with me). I was afraid to ask about it, for fear that I would be told that, no, Islamically you cannot write a story about rum-swilling, foul-mouthed scallywags. So rather than inquire into the matter, I simply put my writing away. It was like taping up a dream into a box and storing it in the cellar.

And then, in 2008, Fallout 3 was released. END_OF_DOCUMENT_TOKEN_TO_BE_REPLACED

If you’ve followed my blog in any capacity, you may have noticed I’ve been gone for the past 8 months. Well, I assure you it’s not because I’ve been twiddling my thumbs, staring at a blank screen. I’ve been focusing all my writing efforts into writing a book. More accurately, I’m expanding a serialized short story I wrote a long time ago into a full novel.

The story right now it tentatively called “The Long Walk”. It’s about a Muslim walking across a post-apocalyptic Canada on his journey toward Mecca for Hajj. Along the way his faith is tested and he must survive horrific creatures and, worse still, other people. He is joined by a young girl who, over time, becomes his protege, and the story becomes her journey as much as Hanif’s. A major theme in the book is the purpose of religion and belief in human society, even after society has collapsed. My goal is to write a I’ve uploaded all 3 parts of the original short story here onto my blog for you to enjoy (and critique! I appreciate the feedback). END_OF_DOCUMENT_TOKEN_TO_BE_REPLACED

As video games have evolved, so have the stories they tell. What started as simply “eat all the pellets” or “get the most points” gradually grew to “save the princess” and then “save the galaxy”.

Sometimes a game’s story doesn’t have to be particularly rich or detailed to have a great ending. Sometimes it’s just the right combination of elements that come together in the last 10 minutes to create a truly memorable ending.

For this list, I’ve limited it only to games that I have finished (sorry, Chrono Trigger, one day I’ll finish you). These are the video game endings that had the biggest impact on me, and have really stuck in my mind long after the credits finished rolling.

And, obviously, spoilers for all the games below. END_OF_DOCUMENT_TOKEN_TO_BE_REPLACED

I could unload a tirade of why I don’t like Monopoly, but I’ll cut straight to the point: it’s dated, and no matter what kind of spin you put on it (yes, even Nintendo or Pokemon Monopoly) the mechanics are repetitive, unfair and it takes too freaking long.

In recent years there’s been a surge of new and exciting tabletop games. They allow you to play as doctor’s working to cure deadly diseases around the world, treasure seekers looking for treasure on a sinking island, monsters fighting for reign over a city, survivors of a zombie apocalypse, werewolves, galactic empires and even trees. Yes, trees (and it’s awesome).

Table top games can range from simple to incredibly complex. I usually pick games that are somewhere in the middle. These games have specific rules to follow, but you can usually grasp them within a couple turns of playing the game. The games I list below will mostly be in this category, and are perfect for a family or group of friends who’ve played Monopoly a few too many times. END_OF_DOCUMENT_TOKEN_TO_BE_REPLACED

Spoilers for Celeste below 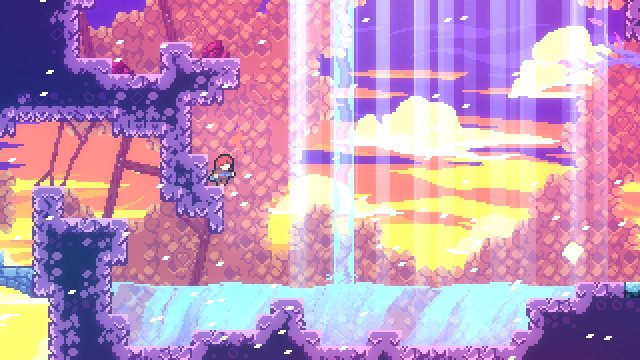 Muhammad Ali once said, “It isn’t the mountains ahead to climb that wear you out; it’s the pebble in your shoe.”

The game Celeste, is filled with these pebbles: a mis-timed jump, a boost used too early, a ledge you held onto for too long until Madeline, the game’s protagonist, falls to her doom. She hits the spikes—boom—and you start over try again. And again. And again.

Obviously, in real life a fall into a spike pit is a bit more permanent. But that feeling of trying to cross an impossible gap or climb an impossible mountain is all to familiar to people who live with mental illness. It’s very fitting, then, that Celeste is a game about climbing that mountain, and despite all the slips and missteps and mistakes, picking yourself up and trying again. More than that, however, is that Celeste is about accepting parts of yourself that may seem negative, rather than fighting them. END_OF_DOCUMENT_TOKEN_TO_BE_REPLACED 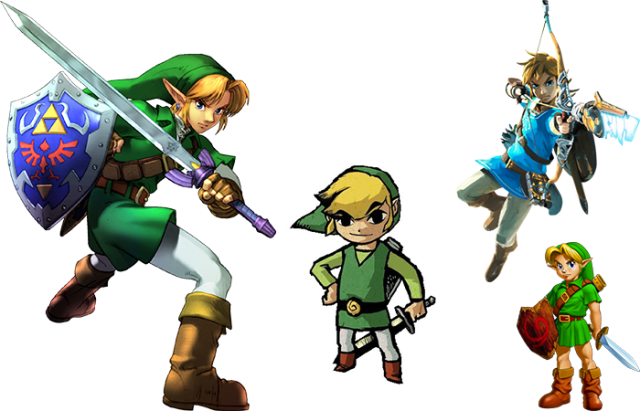 A while back I did an article called “Lessons from Luigi” where I examined some of the traits of my favourite Mario-universe character, the green-capped scaredy-cat Luigi. This time around, I’m shifting to Nintendo’s second most popular franchise, the Legend of Zelda.

Despite a shared love for the colour green, Link is almost the polar opposite of Luigi. He’s a hero who is often thrust into adventures without a second thought (not that he would complain much about it anyway, given his vocabulary consists of shouts and grunts). And just like Luigi, there’s a lot we can learn from this fictional hero that we can implement in our own lives. END_OF_DOCUMENT_TOKEN_TO_BE_REPLACED